Interview with Esther Rabbit, author of Lost in Amber 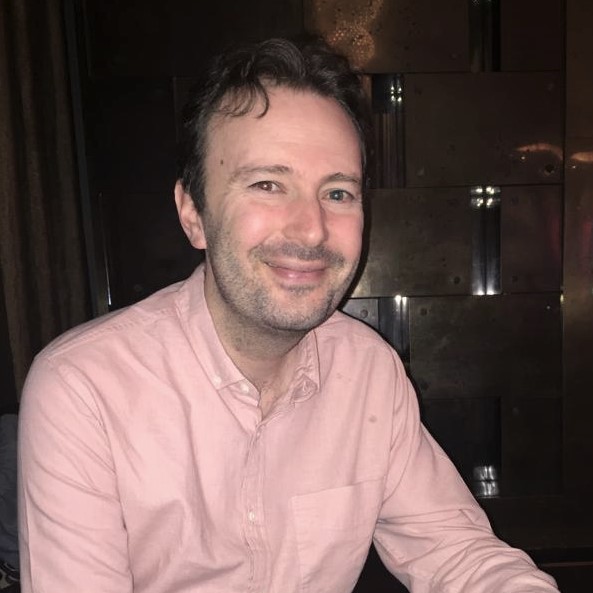 Alexander Raphael has always been interested in writing but only really started in his late teens when at sixth form college. It was there that his love of reading transferred itself to writing short stories ending with a dramatic twist, inspired by writers such as Roald Dahl, Ray Bradbury and Edgar Allen Poe. Encouraged by success in his college writing class, he continued to write and evolve his writing style while still doing his English and American Literature degree. After graduating and then travelling around Mexico, he has had various journalistic and copywriting jobs. All the while he has worked on different creative projects.

In the past year he has self-published two books. These are The Summer of Madness, a novella about the morality of a guy using a big public gesture to try to win back his ex-girlfriend and Illusions, Delusions, a collection of seven short stories with a conceptual, humorous or imaginative slant.

For the ones of you who are new to my blog, I’m Esther Rabbit, writer, content creator for authors and massive nerd. If you’re interested to know all the tips & tricks surrounding the process From Writing To Publishing Your Novel, you’re only a click away. For writing and marketing tips consider subscribing to my YouTube Channel.

Are you a plotter or a pantser?

At some point, I’d say most writers are both. My way of looking at it is that I have the map and I’m driving the car but my characters are the passengers, and very vocal ones at that. While I’m concentrating on the journey, they’re focusing on the smaller details along the way. With my first published book The Summer of Madness, most of what I had in mind when I first wrote it was how I had imagined it, but I did change the ending slightly, and it really worked far better.

I can’t begin writing a new piece unless I have a title, except when I’m writing poetry. It’s always been very important to me. When I went to a library growing up (and later working at one) it was the titles that stood out as it was what you could read from the spine. I also read short story anthologies frequently and I’d choose the reading order by the title that grabbed me the most.

When people read my work, I want them to be so intrigued even by the title that they jump to it immediately. In my second published book, a collection of stories, all have titles designed to stand out, including Breaking Though the Fourth Page, Punbelievable and Just Imagining Today.

What’s the best advice/feedback on writing you’ve ever received?

There are so many reasons not to write and so many distractions. But most of all, I really like one thought by John Updike. When interviewed he said that everyone is a promising writer but then they get to 40 and it’s like, “Well what have you done?” It’s a reminder not just to get things written down, but actually make moves to get it into print.

What were some major setbacks of this profession?

Rejection at any level always hurts. Unless you’ve written yourself, you have no idea how much work goes into each piece you write, and how it hits you when others don’t take it as seriously. Especially if they won’t even read the opening page. There are a lot of broken promises too. But you can’t take it personally and creative people at every level have to deal with it.

I’ve found self-promotion hard too. You want to encourage people to read your work but there are already so many books out there and you need to do so much to be noticed. That’s why my blog really helps. I’ve had it for over six years and feel a strong bond with my readers. And when they get a copy and write a glowing review it’s very special.

What’s your definition of the first draft?

What would you do if you wouldn’t be writing?

I’ve always written at some level. In a different lifetime though, it would have been interesting to get into advertising. I’m really drawn to the idea of researching a product and then thinking up a big campaign and a slogan and getting a high number of people interested enough to buy into it.

Looking back, what advice would you give yourself at the beginning of your journey?

I’ve read that many top-level athletes play several sports before they specialise into their chosen sport. I’d agree with that at a writer level. Even if you don’t want to write about horror, sci-fi, teen romance or other genres, I’d suggest keep reading the best of each, as you can always learn something from them.

Inspiration comes in all forms. The other advice I’d give myself would be to keep track of all your stories. Even if the work is unfinished or the idea incomplete, sometimes you can use a section, even a name or a line.  There was enough there for you to write it in the first place, so maybe you can take something from it years later, no matter how small.

What’s your favourite genre as a reader?

As a very small child, the works of Roald Dahl and Enid Blyton were what first got me into reading. I’ve read all kind of authors, but I’ve always loved short stories most. The best ones have a fantastic premise, sharp dialogue and a clever ending. In my piece Before the Embryo (which I posted on my blog) I explain that a wonderful book of short stories was what finally got me writing.

I wanted readers to have that same adrenalin buzz I got from reading a piece that I really connected with. And while I have quite a few projects on the go (including a novel), I always want people to know how special a genre it is. And that’s why I’ll always make time for them.